Winner of the third place in the Vintage Grand Prix 2017 competition. 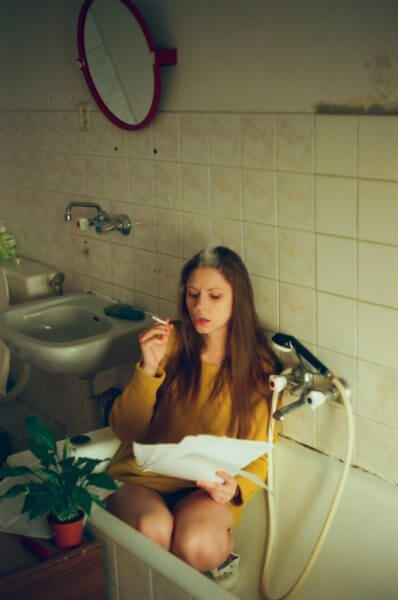 Not only do we not choose the places we come from, we also sometimes have no influence on where we are when we are old enough - enough to make choices at our own risk. Sometimes reaching adulthood does not involve being independent and independent. Sometimes we are forced to live in places that we do not necessarily like - dorms, dormitories, dormitories, or microscopic rooms. I know one place in Poland that is quite unusual because of who lives in it - nuns and young women, mainly students. Some came from Eastern Europe in search of a better life. Away from the family and homeland, the inhabitants of such places feel abandoned and lonely. In a sense of loneliness, instead of reality, we often choose worlds that are in our imagination. Hence the title for this project, which was created for a period of three years - Saudade.

Saudade is a state of nostalgia, deep melancholy, which is not just a temporary state of mind. It is a vague and permanent desire for something unnamed, maybe something that does not exist in this world. The pictures show various inhabitants of this place - one of the nuns, acting students and people who have not yet found their way. Women who I met there often very strongly valorize their past, there are also those who feel completely powerless in the face of the surrounding reality, and some of them lived there only for a moment.