Winner of the third place in the Vintage Grand Prix 2018 competition. 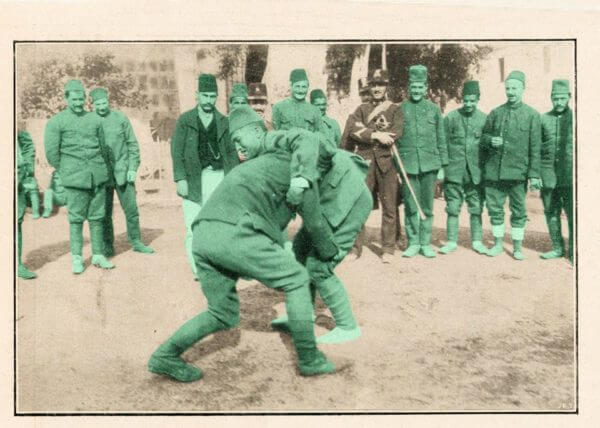 The Tremiti islands have been the ideal place to detain anyone who was accused of “immoral” and “improper” behaviour, and not prosecutable by the law.
During 1911, over 1300 Libyans were deported to Tremiti: the expensive prize that Lybian Resistance had to pay during the Italo-Turkish war.
The Libyan prisoners confined to the “rock” in front of Italian pe- ninsula, exposed to a harsh wind, suffered hunger, hardship, disease and nostalgia for their homeland, they death for the ex- treme conditions of life.
During the Fascism the oppression of the deportees from african colonies reached levels never seen before.
Confinement, deportation and the massacre of Lybian people in the italian islands during Italo-Turkish war were the pretext for a series of international terroristic attack in the last 50 years of Eu- ropean and Mediterranean history.
The rugged landscapes of the islands are the metaphor of a century marked by a precarious political balance.
The documents, newspapers I’ve found in the archives and the material purchased by the Internet have become the symbols
to reinterpretate those places, and they take part of my project through a re-colouring process. The scans of the archive images printed and recolored using green colour to remember, to re- spect of the Lybian traditions.

The African prisoners death in the italian islands had a name, sentiments and the personal history that the war deleted.
The people confined to the italian islands was victims of the one forced migration in the history. The “Fourth Shore” was a fascist definition of North-African Colonies, today is the promised land, an idealistic mirage of faraway and the Mediterranean Sea is one of way to go to the “fourth shore”: the hope of the better future.

Arianna Ancona. Visual artist who works with photography, archi- ve, text and drawing. Her personal and collective research related to themes from religion, history, politics above all in the Mediterranean area. That great themes are considered as threads that move man’s thought, behaviors, relationships, precon- ceptions and conditioning. These researches and creative revisitations help to tell and tell each other.