„Bydgoszcz March 81' through the lens of Chris Niedenthal”

Chris Niedenthal will take us on a journey to 1980 and 1981. The photographer, working for "Newsweek", followed Lech Walesa around Poland and captured the most important moments of the "Solidarity carnival". The events of 1981 were described by Niedenthal in his book "Profession: photographer. The Continuation Followed". August 31, 1980 saw the end of the strike at the Gdańsk Shipyard and the birth of the Solidarity Trade Union. The photographer himself admits that during the difficult events of the Bydgoszcz case, known as the Bydgoszcz provocation, he saw how wonderfully Walesa influenced people and how he could cool down the emotions of bitter and angry trade unionists. It was in Bydgoszcz that he spoke from a balcony to a crowd that at first was not very supportive of him, when at any moment everything could explode with new force. The exhibition will show the first photographs from this period, which the curator of the exhibition, Katarzyna Gębarowska, extracted from the artist's archive. 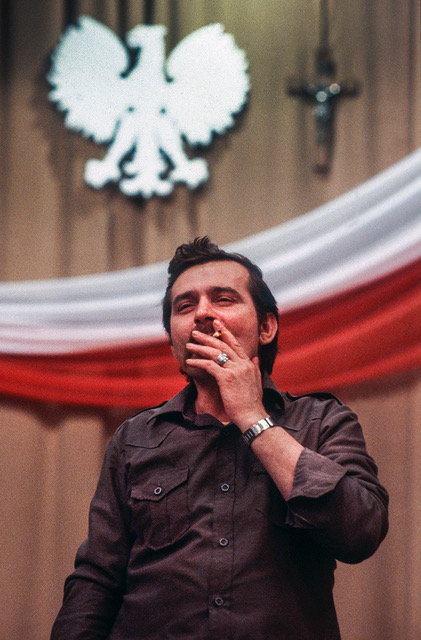 Chris Niedenthal was born into a Polish family in London. He studied photography at the London College of Printing, then came to Poland for a few months in 1973 and has stayed there ever since. He has always worked as a so-called "freelance photographer"; in the early 1980s he collaborated with the American weekly NEWSWEEK and from 1985, as a contract photographer, for TIME Magazine. For this magazine he did reportage throughout Eastern and Central Europe, the Soviet Union and the Balkans. He also worked with the German weekly DER SPIEGEL for several years. He witnessed the rise of the free trade union "Solidarność" during the 1980 strike in the Lenin shipyard in Gdansk, as well as the imposition of martial law in Poland in December 1981, and later documented the fall of communism in 1989. He won a prize in the World Press Photo contest in 1986 for his portrait of Hungarian leader Janos Kadar. Four albums with his photographs have been published in Poland: "People's Republic of Poland. Props". (BOSZ 2004), "13/12. Poland during Martial Law". (Edipresse 2006), "In Your Face" (Edition Fototapeta 2011).  And "Chris Niedenthal. Selected Photographs 1973-1989". In 2011 his autobiography was published, "Chris Niedenthal. Profession: photographer" (Marginesy). (Marginesy). For many years, he worked on a series of photographs about children with intellectual disabilities, which he presented in the form of exhibitions in many cities in Poland and abroad (e.g. "Taboo: Portraits of the Unportrayed", "PracujeMY", "Letters to My Son").