The exhibition is an attempt to reinterpret history, in which the city's history is read again in search of things, people, events and experiences marginalized by official history, marginalized by social discourse. Many residents of our city do not know how interesting and rich photographic traditions Bydgoszcz has. The more he does not know that many of the photo factories in the nineteenth and first half Of the 20th century was led by women. It was in new technologies, such as photography, that women saw the chance for their own creative activity and professional activity, which at that time they could not take in other areas of art, industry or craft. 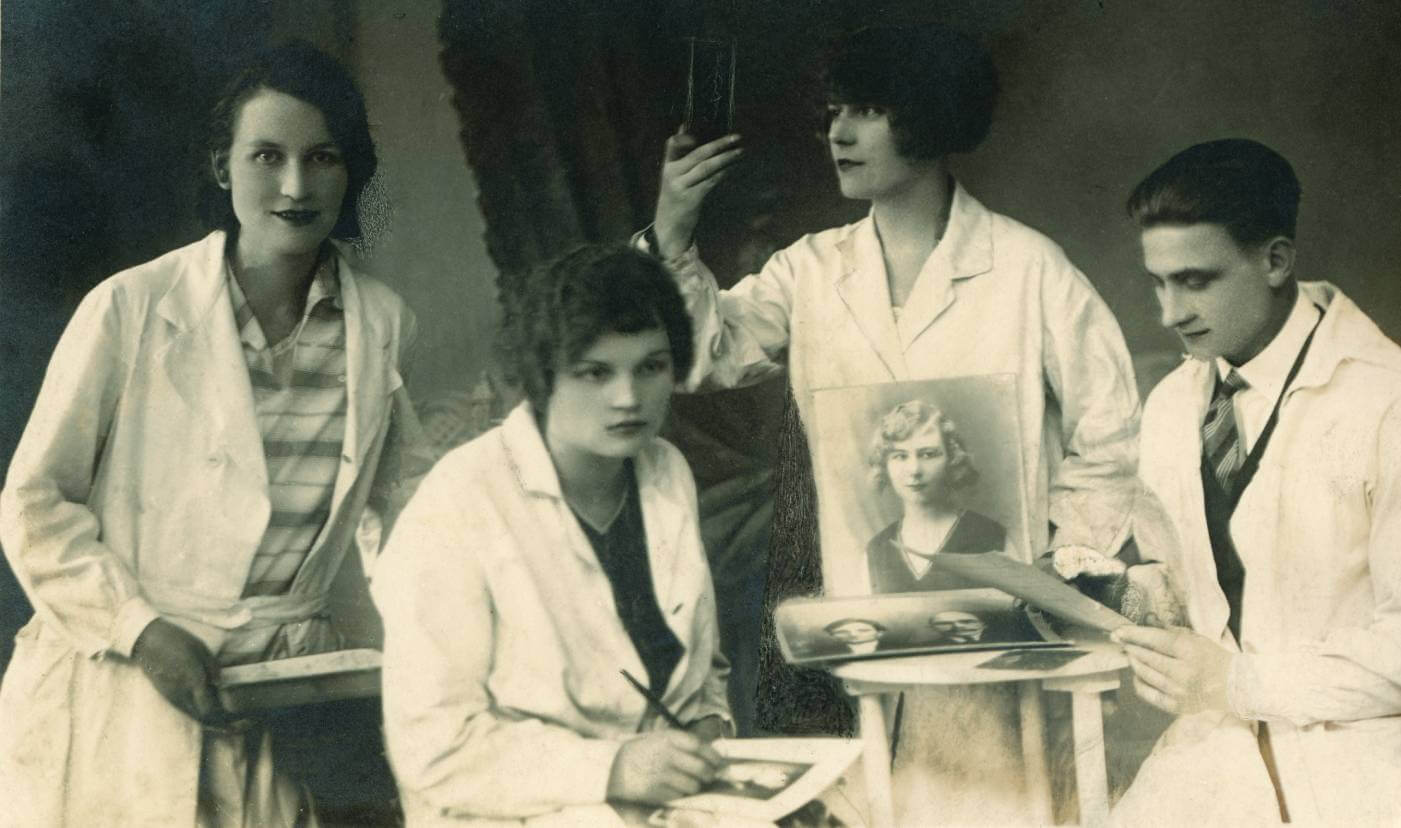 The exhibition 'Eros and Thanatos. Bydgoszcz pioneers of professional photography 1888-1945 "aims to present the work and biographies of nine professional photographers who operated in the city of Bydgoszcz from 1888 until the end of World War II. The photo arrived in Bydgoszcz, which was then in the Prussian partition, several years after its invention. In the second half of the 19th century, numerous photographic factories operated here, several of them were run by women. From the moment of regaining independence until the end of World War II, six colorful figures of photographers were active in Bydgoszcz: Władysława Spiżewska, Eleonora Szewc, Helena Biernat, Jadwiga Szopieraj, Joanna Czajkowska, and Ludwika Trzaskowska.

The exhibition will show the works of women regardless of their nationality or religion. The presentation applies to a diverse group: Bydgoszcz photographers came from different environments and were educated in different conditions. They considered themselves artists and craftsmen, belonged to guilds, acted alone or together with their families (usually with their husbands). Some ladies inherited the bets, others opened or bought it with their own money. The exhibition is woven from microhistory / micronarrative Bydgoszcz photographers entangled in the birth and death band. Their stories have so far been unknown and unwritten. In the discourse of art history, they were doubly excluded: as women and craftsmen.

At the exhibition we will mainly see vernacular photographs, i.e. utility and home paintings that appear in interesting collections after photographers. They turned out to be interesting research material, constituting both a document of family life, and at the same time an example of the nineteenth-century and inter-war aesthetics of a artisan photo shop.

At the exhibition we will see original large format cameras, enlargers and other equipment that have been stored for a hundred years by the heirs of Bydgoszcz pioneers, unique portraits of Bydgoszcz photographers taken at work in their photo factories, portraits of pioneers together with their mentors / teachers, and with students, and also a lot of archival materials, such as construction plans of their photo factories, their apprenticeship exams, letters to the editor and others. The exhibition's narrative is built around themes that have always existed in photography, i.e. the themes of transience and eroticism. These two threads, i.e. the thread of energy of life and death, also build micro-narratives about Bydgoszcz pioneers of professional photography. To these threads of eros and thanatos, you can refer virtually all the remaining photos. At the same time, we can observe how the sexuality taboo and the death taboo have changed over the years since the photographs presented at the exhibition were created.

The exhibition's script was implemented as part of a scholarship from the Minister of Culture and National Heritage.

The exhibition is an accompanying event of the V Vintage Photo Festival.

The task is co-financed by the City of Bydgoszcz.

The public task is co-financed from the funds of the Kuyavian-Pomeranian Voivodeship.