Eugenia Maximova's project is inspired by childhood, which was associated with kitsch. "Kitsch is sometimes difficult to digest, but for many it is also unpretentious and tasteful", says a journalism graduate who considers her work as a sort of antidote to typical stories of the region. 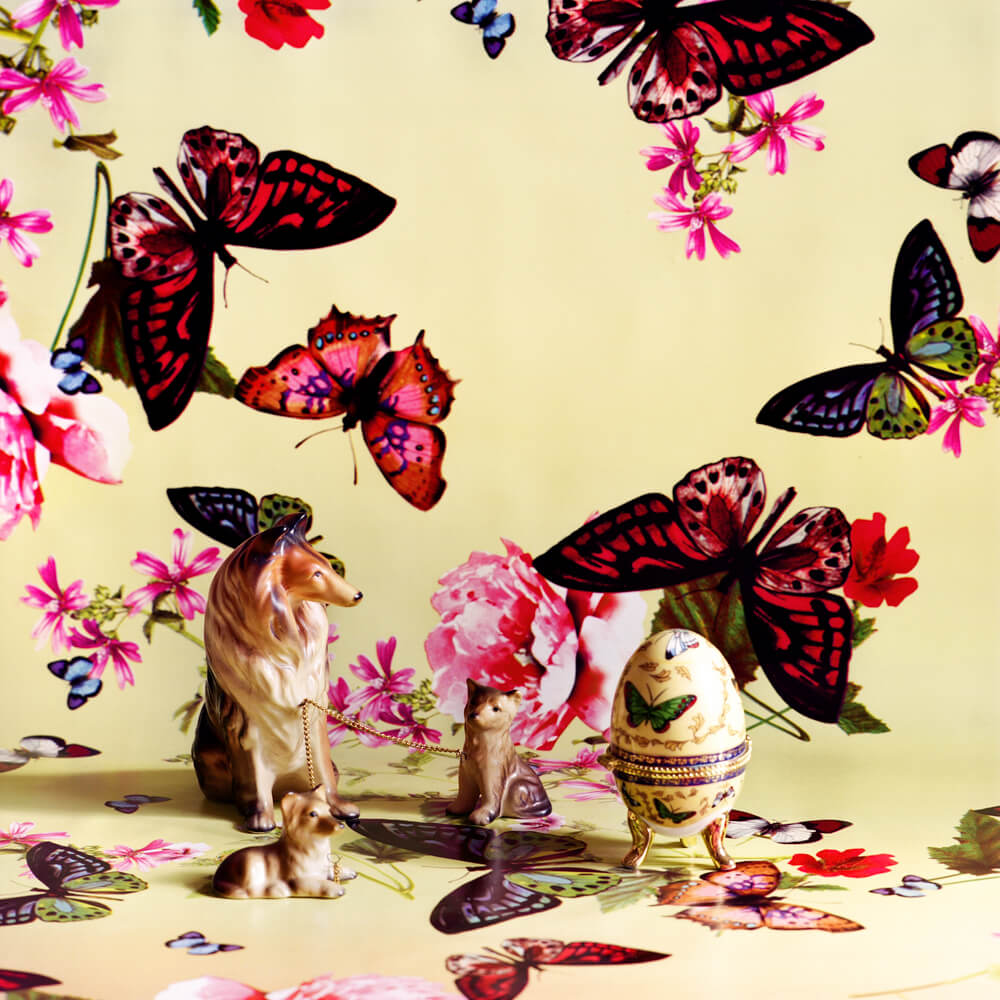 "Kitsch and the human tendency to exaggerate have always fascinated me"

Says Eugenia Maximova, who was born behind the Iron Curtain, in the Bulgarian city of Ruse on the Danube.

"Many of my childhood memories are related to kitsch. He was in almost every home - crystals and ceramic dinner plates, vases and figurines, objects difficult to obtain from abroad, plastic fruit and flowers. All this was displayed behind the glass and was a reason to be proud."

But as soon as she started working on the Balkan Kitchen Tales project - her own publication based on a series of modest interiors - she began to wonder how to include "some of these amazing plastic tablecloth designs so loved in this area." Then she discovered that these tablecloths had been produced in her hometown for years. It was a lucky chance to start a new project.

"Kitsch does not require special preparation, reflection or remuneration. In fact, it requires almost no thinking at all. Kitsch is melodramatic, sentimental and folk, but can also entertain. Today's kitsch culture is flourishing in all areas of life."

But, he emphasizes, work remains a form of social observation and commentary.

"The shortage of goods during the communist era created a culture of flashiness, a culture in which people behave ostentatiously. During this period, kitsch was also widely used as a kind of political propaganda. The only reason for the existence of art was to strengthen the dictatorship and praise its leaders."

Eugenia Maximova was born in Ruse, Bulgaria. She graduated in journalism at the University of Vienna. The artist is particularly interested in visual anthropology. Her journalistic education inspires many of her projects, and although they often differ from traditional photojournalism, the purpose of her work is to shed light on the lives of others and depict sociopolitical issues. Currently, Eugenia Maximova works as a freelancer. Her clients include: GEO, National Geo-graphic, Die Zeit, Moscow News, The Guardian and others. Eugenia's works are represented by The Anzenberger Gallery/Agency.