“Se ne sono andati tutti” is a trip through the minor landscapes of Tuscany, a region that everyone is used to knowing for its beauty and harmony. An everyday reality, rich in variety and dissonance, lies beyond this conventional and stereotyped vision, only good for careless tourists. 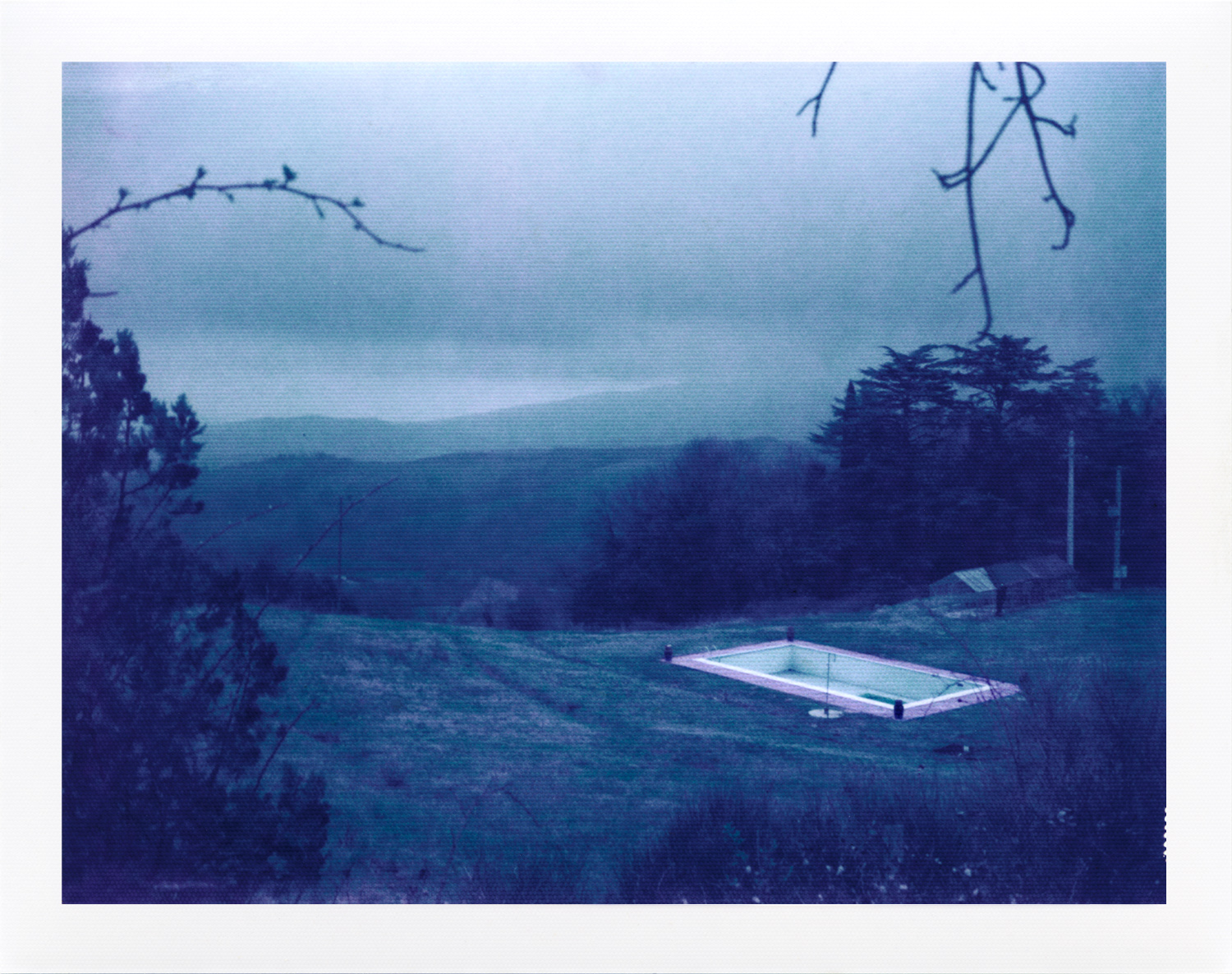 The author has spent his entire life in Tuscany and has always perceived this land and felt it as a nostalgic place. Most of the time this wistful mood is triggered by "familiar" elements of the landscape, that often  don’t  keep  up  with  the  rapidly  changing  age.  All  elements  of  a  transforming  environment, though, may lose their original purpose, but they can never be deprived of their consistency. They always survive as suspended traces of disused destinies. The artist looking for a photography to be  together  intimate  and  direct  to  translate  into  images  this  view  into  his  own  world.    Instant photography  perfectly  embodied  both  of  these  characteristics.  All  images  have  been  shot  on original Polaroid peel–apart films. The film used was a Type 100 Paul Giambarba Blue Edition, expired in 2009 and now discontinued. The peculiarity of this film is the final result, whose color tone  can  range  from  deep  blue  to  magenta,  depending  on  light  conditions  and  exposure.  The artist chose this film because he wanted for all his shots a cold and melancholic atmosphere.

Filippo Bardazzi (born 1987 in Prato, Italy)  is a journalist and photographer, member of SooS Chronicles collective. His work focuses on the relationship between manand environment, with a  peculiar  interest  in  all  those  changes  involving  past  and  present.  His  images  have  been published  both  on  Italian  and  international  magazines  (Financial  Times,  Courrier  International, Newsweek,  D –La  Repubblica,  La  Stampa,  Gente) and  have  been  awarded  and  exhibited  in several  photographic  festivals  worldwide  (Premio  Marco  Pesaresi,  Rovinj  Photodays,  Atkins CIWEM –London, Photo Kathmandu, Athens Photo Festival). He is Professor of Documentary Photography  at  L.A.B.A. –Libera  Accademia  di  Belle  Arti  in  Florence,  Italy  and  in  2016  was among the founders of Sedici, a non-profit organization that promotes visual culture and art.