Winner of the second place in the Vintage Grand Prix 2015 competition. 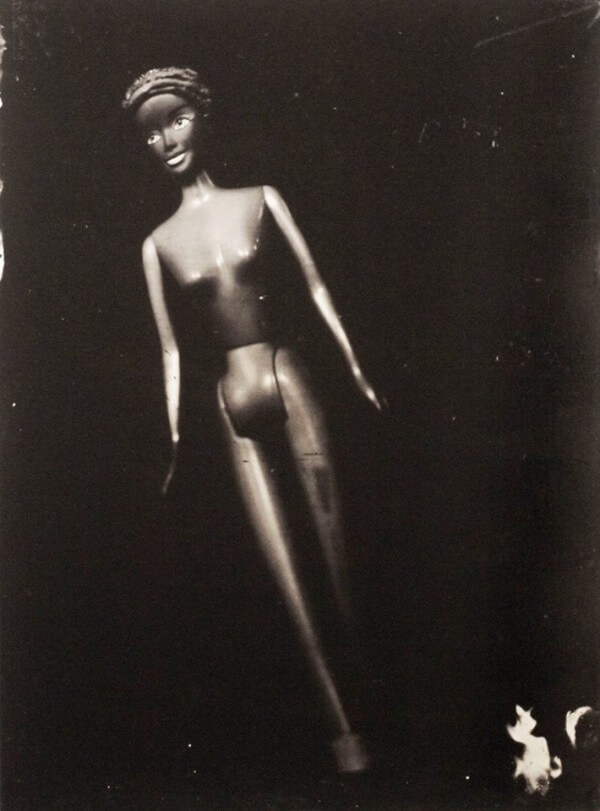 Over 2 years ago my 3-year-old daughter fell ill with this terrible disease. During this time, illness, hospital, treatment, nuisances and anxieties have become the everyday life of our family. This series is something like catharsis, an attempt to close the emotions and experience in the paintings.

I took these photographs in the wet collodion technique,

in its direct positive version, i.e. the ambrotype. The choice of technique was not accidental. First, I see a strong relationship with medicine, after all, collodion was formerly used in medicine for wound care and the ether for sleep. But moreover the purity that needs to be kept,

almost sterile and careful remind me of how we looked after my daughter. I was tempted to clean the discs with the same agent I used when collecting blood or cleaning the central entrance. Another reason is the large amount of black, which in our culture is associated with death and mourning.

This has also not been lacking in our lives in recent years, we have said goodbye to children who lost the fight several times. But I left the most important reason for choosing this technique last. This technique is very prone to errors, and in addition these errors become visually interesting (it is worth mentioning here,

that I didn't care about the lack of imperfections). Because for me, the disease, and especially so severe and in addition in childhood is a kind of error - imperfections that happened in our lives.

I used to build these images of my daughter's image, her toys, things we used in the hospital and at home (masks,

bandages) and insects and plants (they symbolize life and death in my works).

Let me write a few sentences about each of them:

Bald Doll. We came back home after a long hospital stay. I went into my daughter's room, and she just finished stripping the doll of her hair, making her look like herself and her friends from the ward. Children want to play with dolls similar to themselves, cute but bald.

A month after the diagnosis, the first child with whom we were related died. Then I learned that white flowers symbolizing innocence are being brought to the child's funeral. At this first funeral from a flowery and whitewashed grave, two white butterflies flew to the sky. I took it very symbolically. In my photograph the flowers are dry and white is very dirty, almost black ...

This is the caressing name of venflons in children's wards. Lady nurses use such a name so that the needles are not so terrible for children. When I managed to finally diagnose my daughter, the butterflies were already sitting everywhere, there was not a single vein,

into which they could stick (she had venflons even on her feet). I couldn't place as many butterflies as my daughter had ...

And this name is caressing for droplets of blood, almost every day Mr. Nurses caught ladybugs in the tube.

My daughter's favorite fun was taking blood from toys and puncturing them.

And the reward for being polite was the nurse's set: gloves, gauze swabs, test tubes. I combined this with a huge feeling of imprisonment and limitation that is indispensable in this disease.

Paleness. Blood is our dye. Children during chemotherapy are pale, almost white.

Once, looking at kids, I thought about what a world without dyes would look like, and hence the white leaf.

It's a kind of prison, enslavement. Sometimes a daughter wore them, sometimes we. They are put on when the child's immunity decreases due to low levels of leukocytes in the blood. Everything is dangerous to the patient. Sleeping in a mask, life in a mask.

I dressed a little mask as a unicorn, a symbol of children's dreams and magic.

The worst test for Rozalka. A big needle. Stuck in the spine. I think she had over 20 of them. I didn't count.

Elephant. Which has two trumpets. Just like on the Bergamut Islands. Elephant, i.e. the central entrance. Rozalka's great friend,

thanks to him you didn't have to put new butterflies and poke. When they decided to take him out, Rozalka cried for him all night before surgery and immediately after waking up from anesthesia.