The Lone Detective arrives in town to unravel a murder mystery. He quickly becomes a pawn in the game fought between the local gangster - the Great, and the Professor - the creator of epochal inventions. Things get even more complicated when the investigator gets to know the Singer - an object of desire for both the Professor and the Great. Soon the city and its streets will witness incredible events, and the Detective himself will discover a surprising truth about himself. 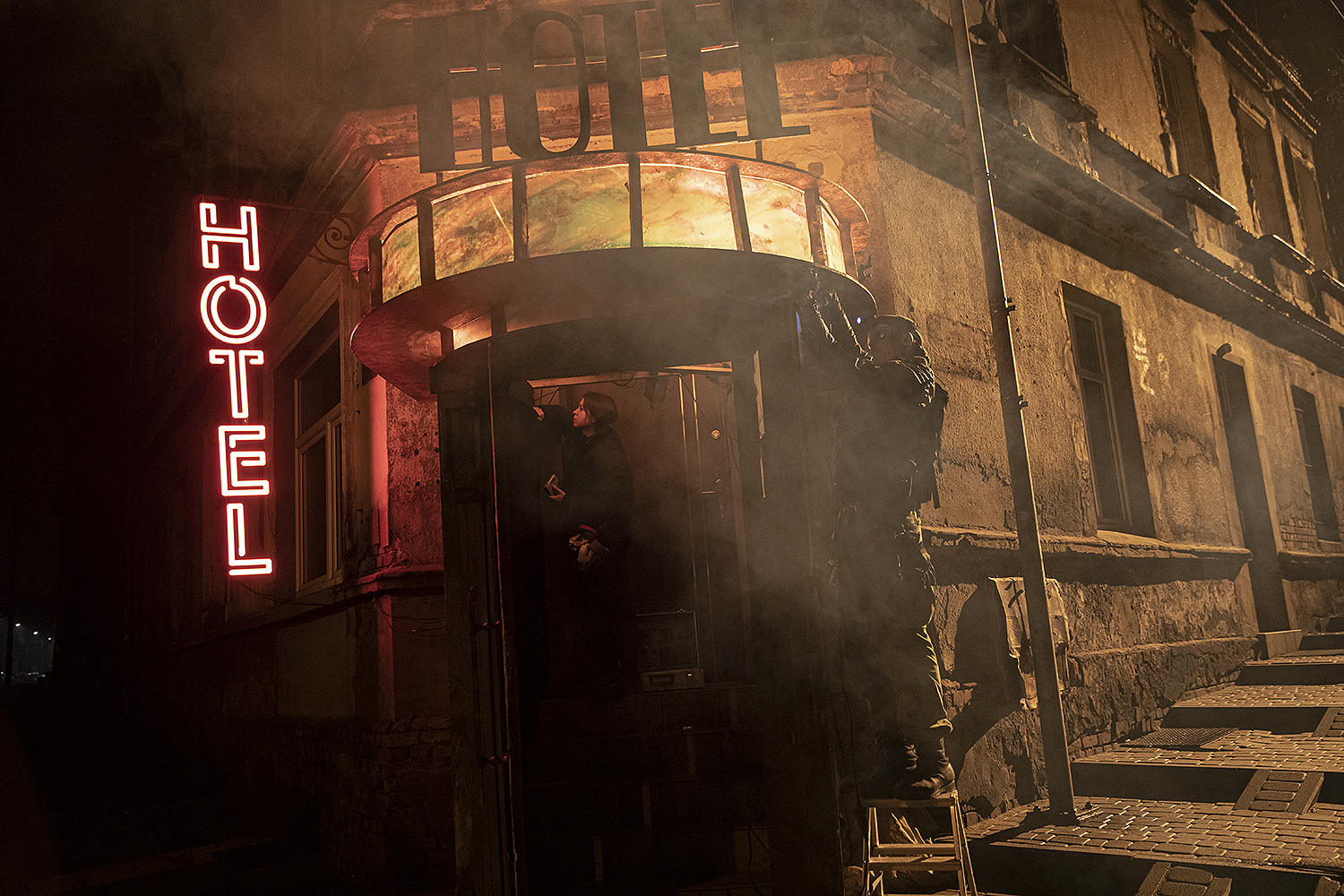 Marcin Sauter was born in Bydgoszcz. He studied photography at the National Film School in Łódź. From 1994 to 1998 he worked as a photojournalist for Gazeta Wyborcza. He collaborated with Rzeczpospolita daily and Pozytyw monthly. Since 2000 he has been connected with Teatr Polski in Bydgoszcz as a photographer.  In 2005 he completed the Documentary Course at the Wajda School. He has lectured at one-year courses for high school and university students at the Andrzej Wajda School called Film Kindergarten. Since 2005, he has been making documentaries as a director and cameraman, and since 2007, together with Maciej Cuske, he has been running a workshop and a documentary film course called Bydgoszcz Film Chronicle. Co-founder of Paladino Film Group.  He has had over 20 individual photo exhibitions and is a member of the Union of Polish Art Photographers. He took part in group exhibitions of photography in many Polish and European cities. Winner of the Grzegorz Ciechowski Award in 2006. (for the Paladino film team). He received a congratulatory letter from the President of the Republic of Poland for his film successes abroad.