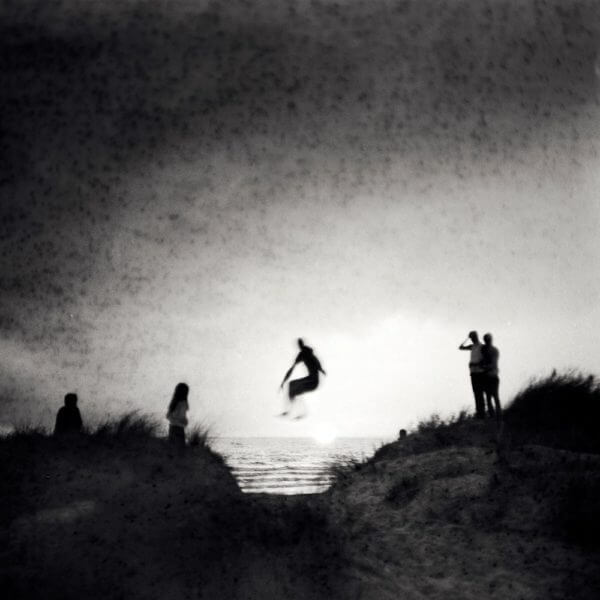 "Dreamscapes" – is the black and white dream projection in photography or an intention to show in pictures what the unconscious is trying to tell us during the sleep. Without purity and brightness, but with frequent flashes of light, strange characters, visual garbage and impurities, antigravity, size and form illusion, the melancholic surreal.“Dreamscapes” is full of ephemeral mysticism. The cycle of 20 images seems to be so far away from the realism of traditional landscape. There are only real images in the pictures. No manipulation, no additional effects. Habitual photography technique creates special effects and very often – without the author’s intentions.“Dreamscapes” was created mostly using expired soviet "Svema" films, and old light leaking or handmade 6x6 cameras. "The film, which had to be thrown into the trash twenty years ago is completely unpredictable. In very often cases, photos were taken in vain, because after the darkroom process there were any signs of image. But sometimes result was stunning and this attracted me for further experiments. Lately I understood why one or other effect appears and started to use it as an additional tool. I should say that these expired films and my old light leaking Kiev 88 camera are the co-authors that made my works much more interesting".