Winner of the second place in the Vintage Grand Prix 2017 competition. 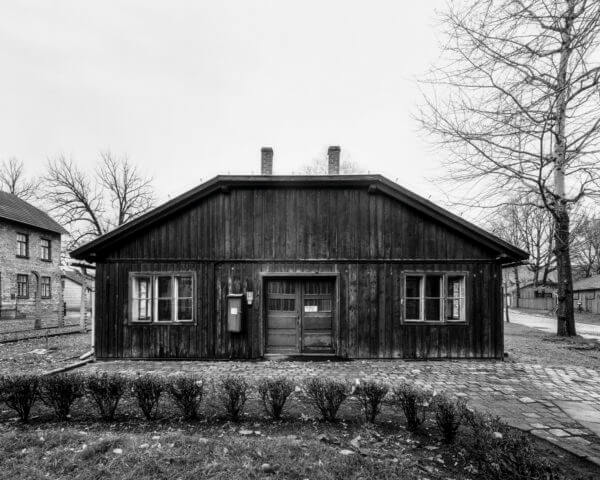 According to the duo of photographers Bernd and Hilla Becher, the form of industrial constructions is determined solely by function. The function is also the "legitimacy" of the existence of these buildings. In other words, when a structure built for industrial purposes loses its native function, it becomes unnecessary and sooner or later it is dismantled. There are two possible exceptions to this rule: transforming and giving this structure a secondary function, or, due to its high value in the historical, cultural and / or aesthetic context, raising it to the status of a protected good as a monument, museum and / or memorial site. 70 years ago, in 1947, by a resolution of the Seym of the Republic of Poland, the Auschwitz-Birkenau State Museum was founded in Oświęcim to preserve this place "for ever and ever as a Monument to the Martyrdom of the Polish Nation and other Nations". Today, apart from the gigantic collection of archives (e.g. about 110,000 pieces of footwear), the memorial site has over 150 buildings and 300 ruins and countless other objects (e.g. 3,600 concrete fence posts), which de facto served during the camp's operation human extermination. In order to ensure the highest "efficiency" in this respect, the most modern rationalization methods were used when designing the camp. This preserved architecture is therefore with an important testimony to the industrial nature of genocide in the concentration camps of the Third Reich. The buildings from Auschwitz, however, are also proof of the moral disorder of the modern era in general, because, as Zygmunt Bauman pointed out, "modern civilization was [...] certainly not the only, but with a high probability a necessary condition of the Holocaust (Zygmunt Bauman, Modernity and Extermination). The typological way of presenting objects in this work is to enable the recipient to perform a comparative analysis in terms of the problem of rationalizing architecture for mass killing. In order to avoid interpretive character and to allow for a substantive analysis of photographed reality (things like they are - Susan Sontag), the photos were taken while maintaining as homogeneous lighting conditions as possible. The perceptive recipient of this work will not miss the fact that the consequence of the above photographic means, and thus the photographs presented, paradoxically reflects the terrifying ratio of the architecture shown on them. It is also another example of the ambivalence of modernism methods.